Urban Institute report shows Illinois’ school funding system is most regressive in the nation, has remained regressive since 1995

Yet another study shows that Illinois spends more money to educate wealthier students than it does to educate low-income students and that its school funding system is the most regressive in the nation. Urban Institute, one of the country’s leading research institutions, reports Illinois is one of the few states whose funding has remained regressive since 1995. While many states have increased state funding for low-income students to address inequities over the past 20 years, Illinois has continued to rely on local sources to fund education, leaving students behind in our poorest communities.

The study arrives as legislators consider an override of Governor Bruce Rauner’s amendatory veto of Senate Bill 1, which would rewrite the school funding formula to drive more dollars to the state’s neediest districts and begin to close funding gaps between low-income and wealthier students. Over 85% of all dollars in Senate Bill 1 go to districts that are greater than 50% low-income. 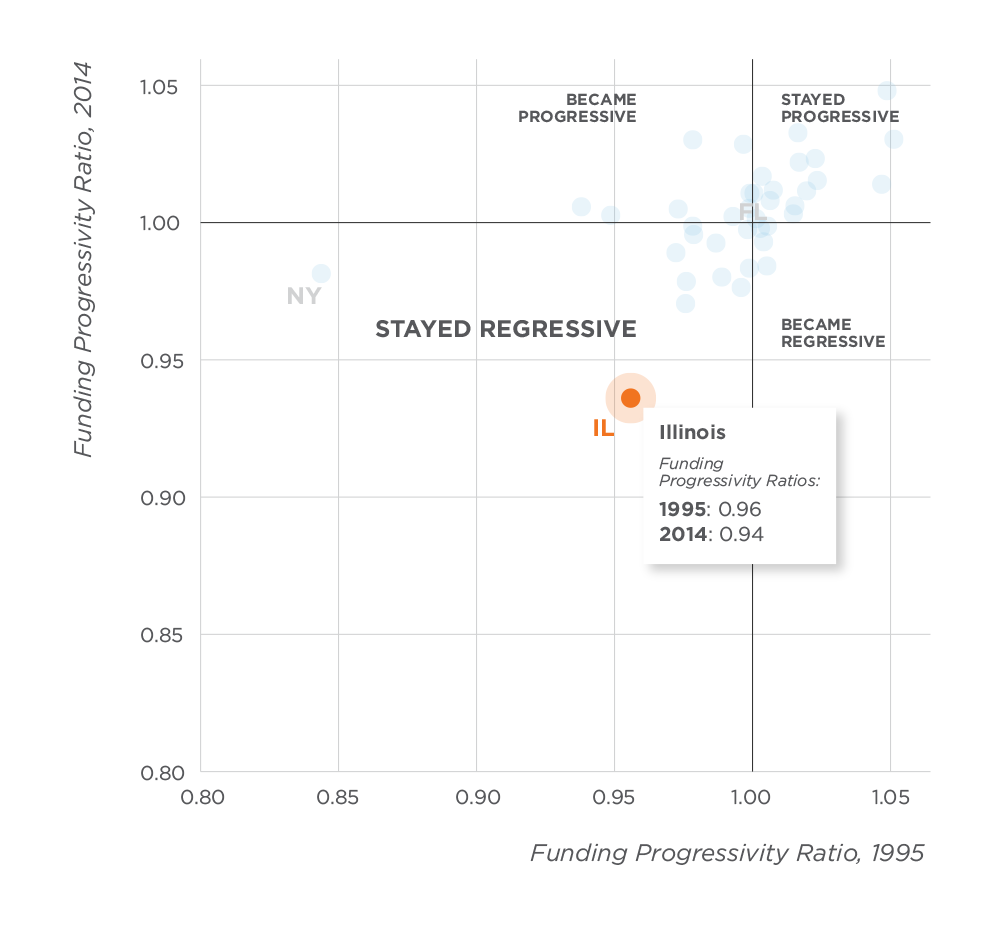