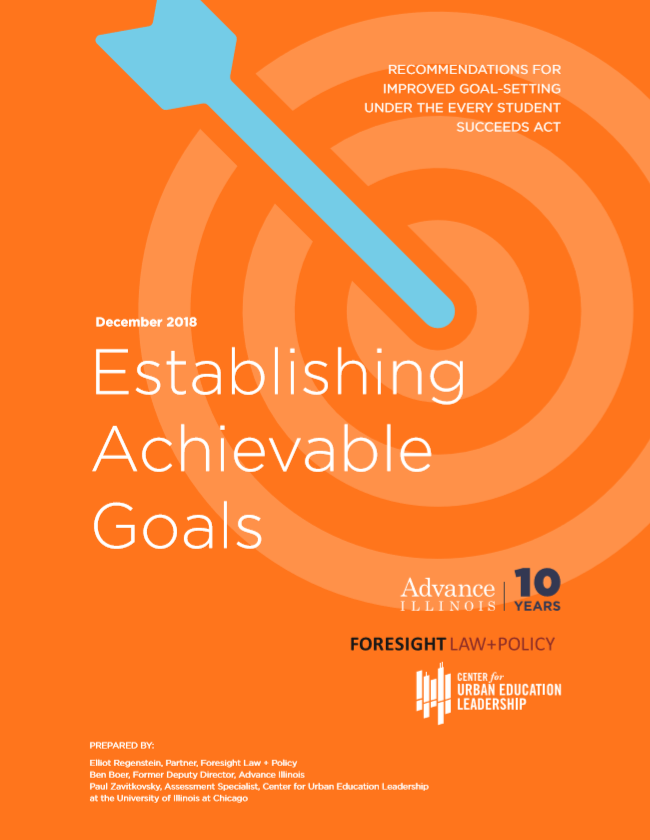 Since 2002 the federal government has required states to have accountability systems that measure the quality of schools. When the No Child Left Behind (NCLB) Act ushered in the accountability era nationwide, it did so with the ambitious goal of ensuring that by 2014 “all children . . . reach, at a minimum, proficiency on challenging state academic achievement standards and state academic assessments.”

That goal was not achieved.

In 2015 the federal government hit the reset button on its accountability approach with the passage of the Every Student Succeeds Act (ESSA). The ESSA gives states flexibility to set their own goals and gives states greater flexibility in measuring progress toward those goals. However, state goals- although well-intentioned- remain unattainable for students.

This new report by Advance Illinois, Foresight Law + Policy, and the Center for Urban Education Leadership at the University of Illinois at Chicago: